Towards dent measurement by drone

This is a question which our customers and prospects ask on a regular basis. Dent damage is a chronic and recurring problem on aircraft, due to loading operations, hail-storms, bird strikes, etc.. But detecting, measuring and precisely locating such damage is a long and challenging process, which can be risky for inspectors working at height. As an example, on an annual basis, hail strikes affect 25% of the worldwide fleet and requires dozens of hours of inspection. How can the manual process of dent characterisation be improved?

Aircraft hit by a hail strike, courtesy of ©The Aviation Herald http://avherald.com/h?article=47a10f14

In this context, an automated drone seems a relevant and obvious solution. This need was identified early on by Donecle in its development phase.  However, embedding a 3D sensor on a drone while ensuring high stability of the platform during the scan is not an easy thing to do and requires long development time to design the right UAV for such mission. After several months of R&D to master these constraints, the next question was: who can we collaborate with to integrate dent analysis technology?

After a survey of possible solutions, we identified 8tree as the best provider of such dent analysis technology.
8tree has been trusted for a long time by OEMs and major aviation organisations with its dent-mapping solution. 8tree developed a measuring tool and a user-friendly analysis software fitting the aircraft maintenance market’s needs. After initial tests in early 2018, we accelerated our collaboration under the approval of the DGA, working together with Dassault on Rafale inspections.

Working on next generation of automated drones for aircraft inspections

The solution features Donecle’s automated drone which will scan targeted areas where risks of dents are well known (such as doors, leading edge, HTP, tail…). The acquired 3D scan data will then be sent into our analysis software which will automatically map and measure dents and generate a report, thanks to 8tree’s technology. 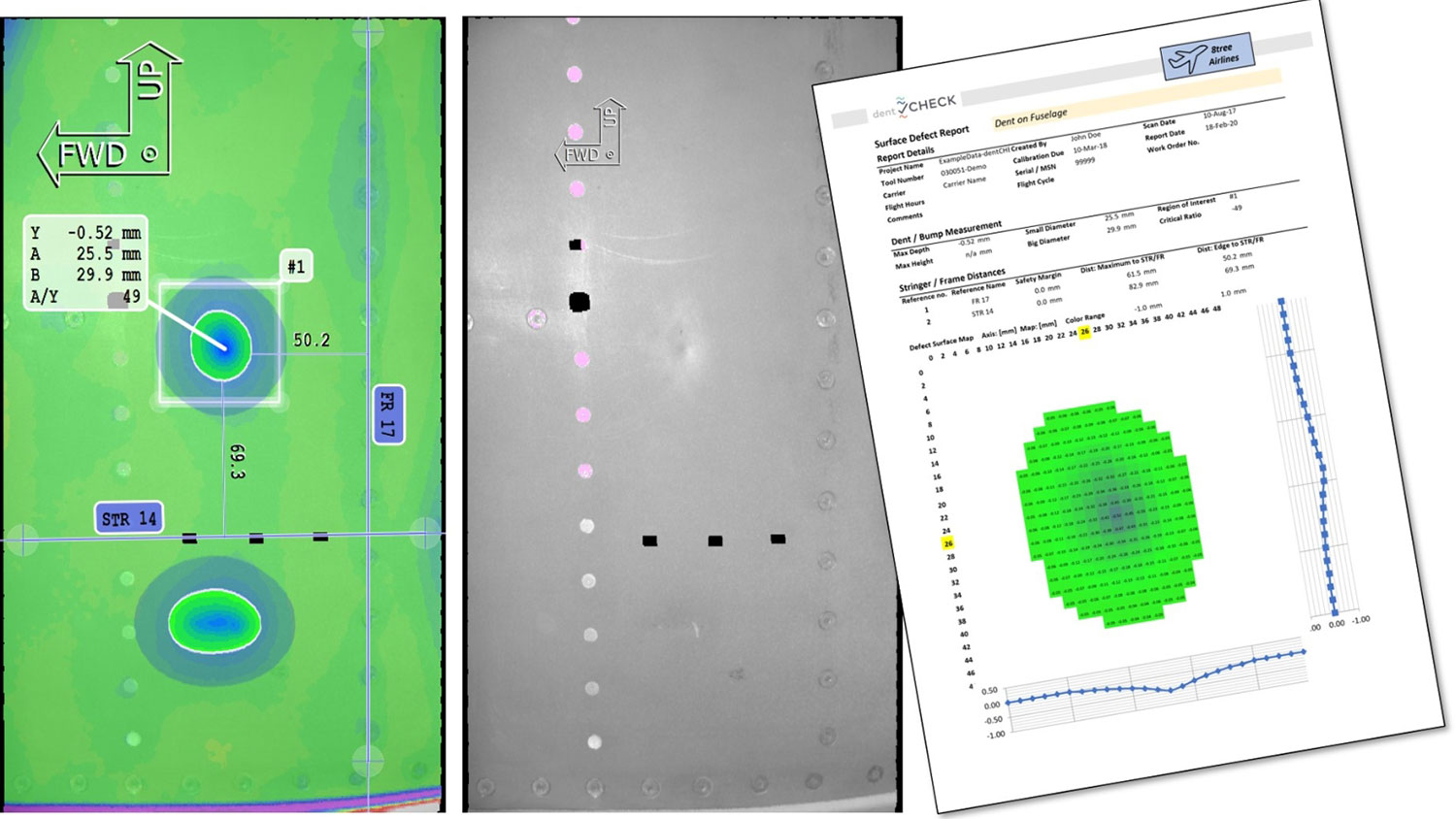 Typical use cases include inspection after hail strike or after hard contact during in-flight refuelling for military aircraft; dent measurement around doors which are subject to impacts during loading and unloading operations; inspection of dents and depth defects during aircraft manufacturing, and any other dent inspection in areas difficult to access.

This new unique solution will enable much faster inspections, bring better accuracy thanks to the precise location of the dents relative to the aircraft structure, improve safety of workers (no need to climb on upper surfaces and dangerous areas) and contribute to a paperless process.

The question which is on everyone’s lips is of course: when will it be available? We are making good progress and after recent promising lab tests we conducted the first field-tests on aircraft, before larger deployment next year.

So stay tuned, we will soon officially announce the availability of this new product!